Can’t Sleep? Read This to Find Out Where Caffeine Might Be Hiding…. 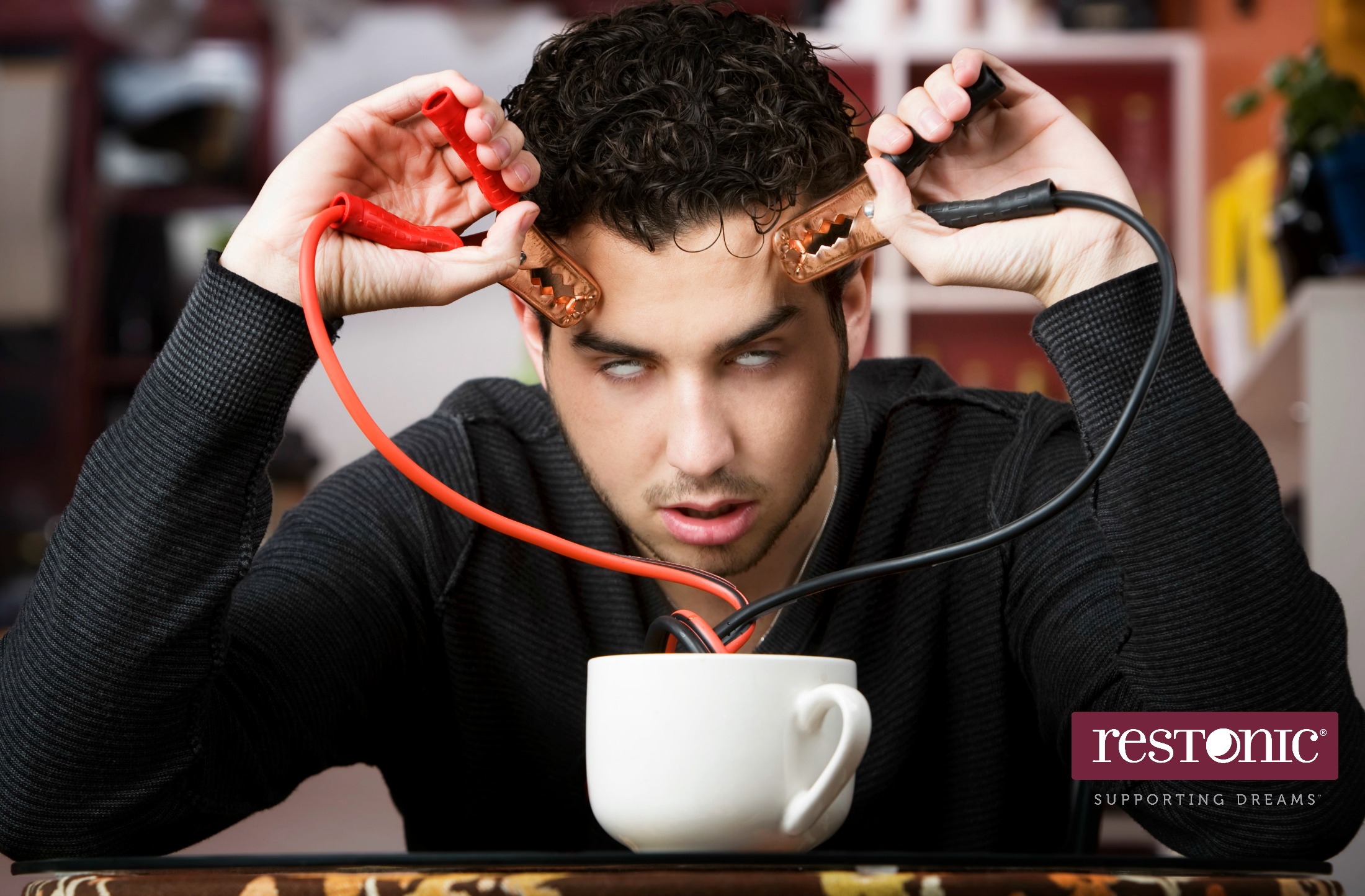 From over-the-counter drugs to common foods and beverages, the cause of your restless nights might be right in front of you

Many of us rely on that first cup of coffee in the morning to kick start the day. But when we’re dragging ourselves in the evening, a full mug of the stuff will have us tossing and turning at bedtime.

Though you did the right thing and skipped the mug in favor of a healthy bedtime smoothie, you’re still staring at the clock when you should be sleeping. The culprit may still be caffeine, hidden in over-the-counter drugs, drinks and foods.

We’re blowing the whistle of those sneaky caffeine sources so you can rest well again.

How’s your knowledge of German? Caffeine comes from kafee and the French word café. It’s a stimulant that’s found naturally in more than 60 types of plants, such as tea leaves, coffee beans and cocoa beans (the kind used in chocolate). It’s one of the most commonly used ingredients in the world with an estimated 80% of the global adult population consuming at least one caffeinated beverage daily.

In North America, that numbers spikes to 90%.

What happens when you drink or eat something that contains caffeine though? Caffeine works quickly. One cup of coffee can take just 20 minutes to hit your bloodstream, with the effects lasting up to 4 hours. It affects many organs, but the brain is at the top of the list. It can boost adrenaline levels in the blood and increase brain activity, causing an increased state of alertness and arousal.

That might be fine and dandy in the morning when you need a blast of energy, but at night, it’s the enemy to restful sleep. Consuming caffeine 3 and even 6 hours before bedtime can reduce total sleep time by more than 1 hour each night.

Sneaky sources of caffeine you need to know about 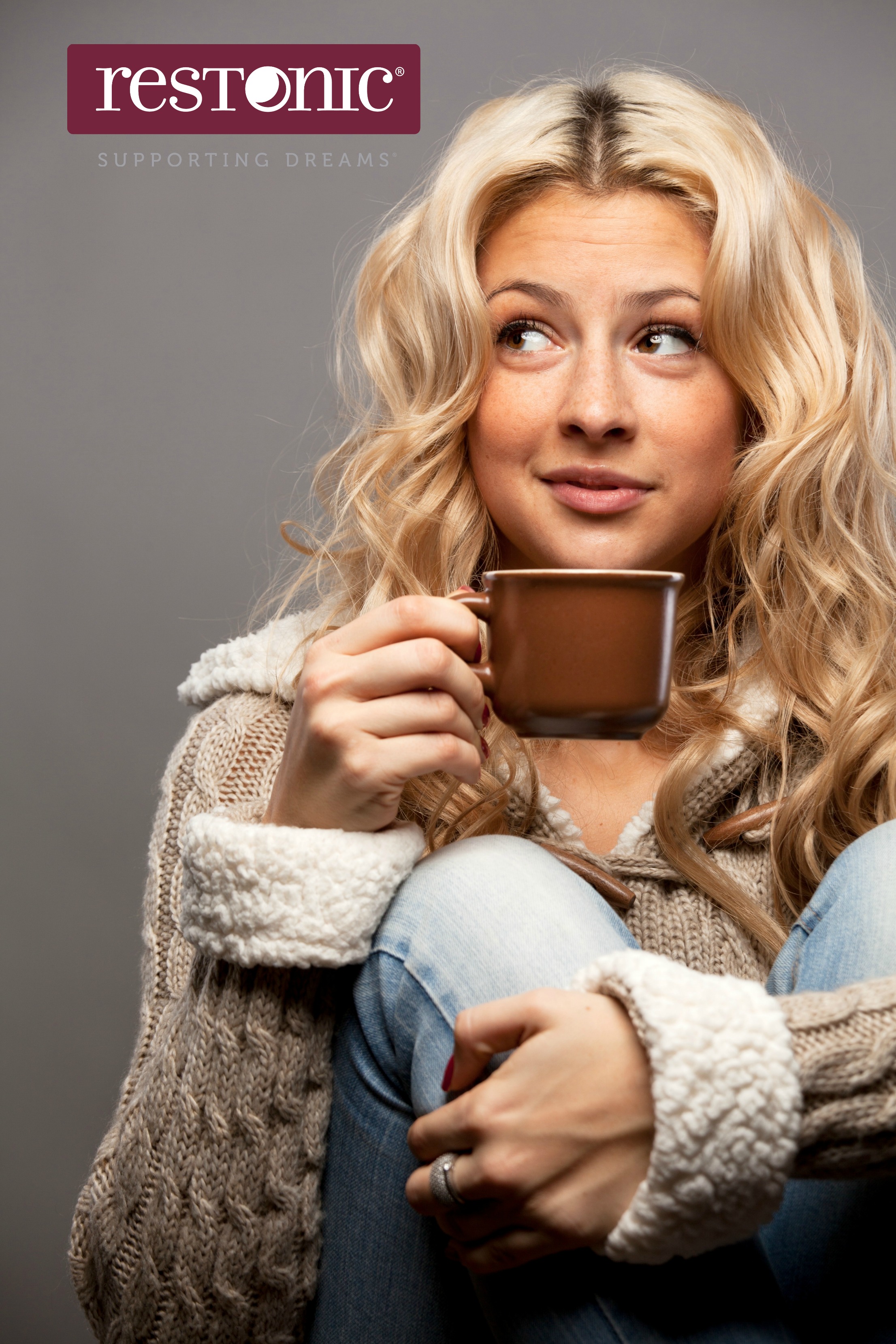 Avoiding caffeine is tough because food and beverage manufacturers are not required to list the amounts contained. Even that cup of decaffeinated coffee has caffeine as much as 32 mg. A regular cup has 100 – 200 mg. Hot chocolate can have 20 mg. Watch out for fancy waters that are touted as energy boosters. Vitamin Water Energy has 50 mg.

Some soft drinks have more caffeine than you might think. Cola clocks in at 29 mg. But did you know that orange soda might have 40 mg – similar to Mountain Dew? That’s enough to make you jumpy. Seriously jumpy. Also, watch out for coffee-flavored yogurt and ice cream? You’ll get the caffeine equivalent of two cans of cola.

There’s bad news about chocolate, too, especially dark varieties. Just half a cup of semisweet chocolate chips is supercharged with 50 mg. Take a closer look at your snack/protein bar intake. That’s almost 15 mg a pop for some brands.

When it comes to over-the-counter medication, some formulated with caffeine you should note include products like Midol, Anacin and Excedrin Migraine. While these may help with headache pain, they do contain caffeine, which could disturb your sleep.

If you feel that your caffeine habit is messing up your slumber, you may want to try reducing your intake. Be prepared for some rough nights though because, as you detox from caffeine, your body will go through withdrawal. Hang in there. It will work its way out of your system in a few days and then you can upload some natural energy sources to put the spring back in your step.