Is lack of sleep killing you? 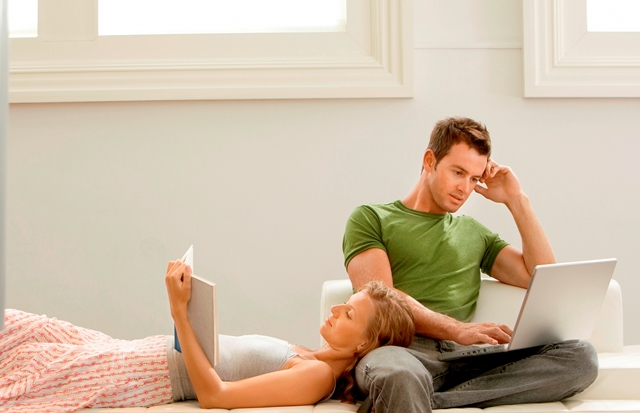 Playing fast and loose with sleep makes us feel (and sometimes act) like grumpy toddlers. But because sleep deprivation is the norm, we continue to stay up too late, answer emails from bed and ignore the fact that our off switch is ours to manage. While we wildly careen through our lives, ramping up our mornings with caffeine, winding down the evenings with alcohol, we ignore signs that our lack of sleep is killing us..

Think I’m exaggerating? If you were born before 1970, you might remember a time before people wore seatbelts. And baby and child car seats were unheard of too – kids jumped around backseats without restraint. Getting people to make the connection between surviving an accident and seatbelts was the same as getting people to understand the risk of sleep deprivation to long-term health. People who’d never been in an accident didn’t understand the dangers – the risk was easy to ignore because it wasn’t immediate. Sleep deprivation is the same. Incredibly dangerous but the side effects are often too far in the future.

If you think sleep is a waste of time, here’s a sneak peek at your future self…

7 things your future will (NOT) thank you for…

Lack of sleep makes you dumb

During sleep, our brains sort and store memories from the day, making room for new experiences heading our way tomorrow. Think of sleep as the clean-up crew for the pathways in the brain. When we don’t get the sleep we need our brains start to look like Walmart toy aisles after Black Friday. Forgetting where you put your glasses today is nothing compared to what your future brain will forget.

Sleep and depression have an unholy alliance. People who are depressed often suffer from insomnia and vice versa. According to the National Sleep Foundation, “Insomnia is very common among depressed patients. Evidence suggests that people with insomnia have a ten-fold risk of developing depression compared with those who sleep well.”

In 2010, the British Medical Journal released a study that showed how our looks change when we’re sleep deprived – and how others see that in our faces. “Our findings show that sleep-deprived people appear less healthy, less attractive and more tired compared with when they are well rested,” wrote researchers. “This suggests that humans are sensitive to sleep-related facial cues.”

During sleep, our bodies produce hormones that keep appetites in check. When we don’t get the sleep we need, we crave salty, sweet foods – remember those all-nighters in college? If you sleep less than six hours a night, you’re more likely to become obese than someone who sleeps more than 7 hours a night. Imagine yourself 20 or 30 or 40 pounds heavier – reason enough to go to bed early tonight?

Say goodbye to your sex drive

Both men and women report the death of their libidos after long-term sleep loss. Dr. La Puma says, “Testosterone, in men and women, helps build strength, muscle mass and bone density, as well as revving up your sex drive. During the day testosterone levels naturally drop and they’re replenished at night while we sleep.”

For guys, the story gets worse. The heavier you are, the more estrogen you produce. Talk about an emasculating cycle.

There’s no easy way to say this so we’ll just throw it out there. Denying our bodies the sleep we need is literally breaking our hearts. According to some estimates, 90% of people who suffer with insomnia, also have one of these health conditions:

Make sure your will is up to date

Now that you know sleep deprivation can drive up medical bills as you age, it’s time for the really bad news. It can also kill you. When we’re tired, we lose the ability to make smart decisions, which leads to traffic accidents and workplace mishaps – both of which can be fatal.

Instead of an 8-hour sentence in a void of nothingness, maybe it’s time to start looking at sleep as the magic bullet to a longer, heart-healthier life. Hands up if you’re going to take sleep – and your lack of it – more seriously. Starting tonight.

We know a new mattress can’t solve all your sleep challenges but if your mattress has seen better days, we’d love to help you find a new one. We’ve been making mattresses for more than 75 years and we know a thing or two about getting a good night’s sleep. Click on our Find a Retailer link and let’s talk.