Want a Happier, More Blissful Relationship? Sleep is the Answer!

Relationships can be challenging. On a daily basis, you’re running up against issues ranging from money challenges and division of household chores, to drama involving extended family and kids. At the best of times, those concerns can be tricky to navigate while attempting to maintain harmony with your partner. But if you’re sleep deprived, you may need to add irritability and a depressed mood to the mix – talk about setting the stage for marital discord.

Not to be the harbinger of bad news but all sniping and bickering aren’t just bad for your marriage – they can be devastating for your long-term health. An Ohio State study found that sleepless married partners, not only experienced hostile exchanges, but had higher levels of inflammatory proteins in their blood post-conflict. An abundance of these proteins can be linked to a host of illnesses and conditions, including inflammatory bowel disease, joint issues like rheumatoid arthritis, heart disease and cancer.

By the way, those proteins are also tied to sleep disruption itself, creating a vicious cycle of poor quality rest. 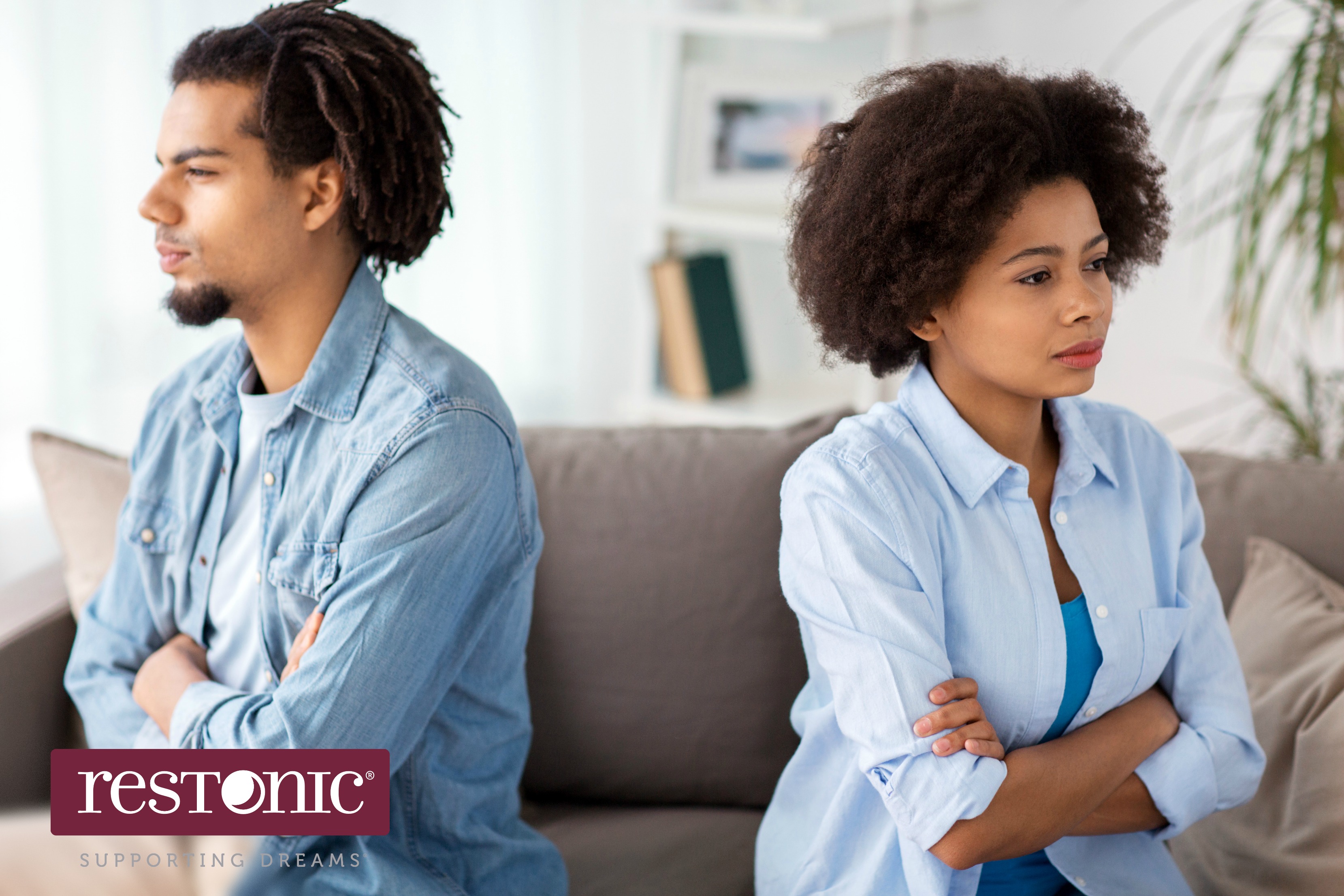 Dynamics of a relationship short on sleep

We know lack of sleep is disruptive but it’s impact on relationships is a wake-up call. “A person who is sleep-deprived may have low frustration tolerance, a short fuse, moodiness, grumpiness, raw nerves, and vulnerability to losing his temper,” explains Dr. Fran Walfish, a Beverly Hills-based family, relationship psychotherapist and author, The Self-Aware Parent, and co-star on Sex Box, WE tv. “He or she also has a thinner barrier of self-protection from emotional injuries and hurts that might ordinarily be let go. One sleep-deprived partner in a couple is challenging, but two are a quick pathway to trouble. Bickering and nitpicking can quickly turn into a War of the Roses-like situation!”

The Ohio State Institute Behavioral Medicine Research study confirmed that by studying the sleep habits and behaviors of couples married anywhere from 3 to 27 years whose sleep time ranged from 3.5 to 9 hours a night. Among those who slept less, moods were poorer and participants were grumpy. Twosomes were hostile toward each other when they functioned with less than 7 hours of sleep. Meanwhile, well-rested couples still had disagreements, but the way they handled them was different, approaching conflicts in a more constructive, collaborative manner.

The one bright spot from the data published in Psychoneuroendocrinology came in circumstances where one partner was well rested and the other was sleep-deprived. With adequate sleep, spouses were able to lessen the impact of their weary better-halfs. Presumably, they were able to let negativity roll off them easier when unkind words were uttered and blobs on the bathroom sink were left behind.

Fan the flames of good sex – with better sleep! 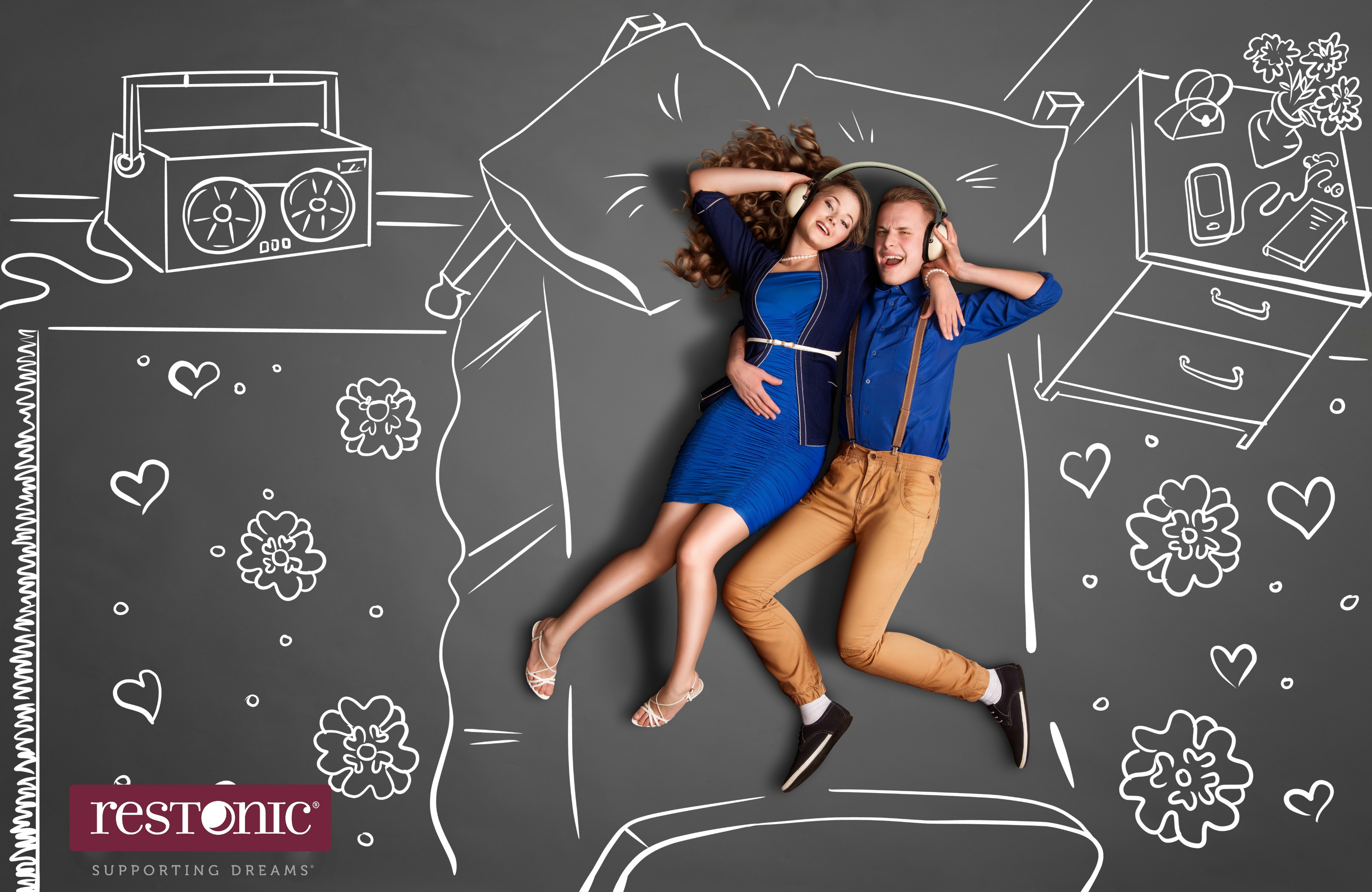 “Not tonight, honey, I’m tired,” is a common excuse used by men and women for not being interested in having sex with their partners. A National Sleep Foundation study said one in four Americans admit falling back on this old standard when they’re too pooped to play.

Need more evidence that tired partners are no fun – in bed or otherwise? The Better Sleep Council conducted a survey to find out what’s going on between America’s sheets and found that we’re such a fatigued nation that 6 out of 10 people said they crave sleep more than sex. And, oh the horror! Some participants said they actually have fallen asleep during sex.

According to Dr. Walfish, “Feeling tired can interfere with the quantity, frequency, and quality of sex for couples. He or she may fail to reach orgasm because of exhaustion. And one partner may fade before each reaches their pleasure zone.”

People are not going to bed happy in homes around the country and it’s all because of a lack of sleep! It’s worth remembering that sex plays an important role in maintaining a sense of belonging and closeness in relationships. Smart twosomes can make small changes to ensure their sex lives stay vibrant and satisfying. They could include: cutting back on the amount of television watched, shifting to an earlier bedtime, banishing the use electronics from your bed and setting regular dates for intimacy.

And the big one, of course, is to treat sleep as a priority for the role it plays in your health and in your relationship. May you live – and sleep – in bliss!