Famous Lovers Who Should Have Slept More 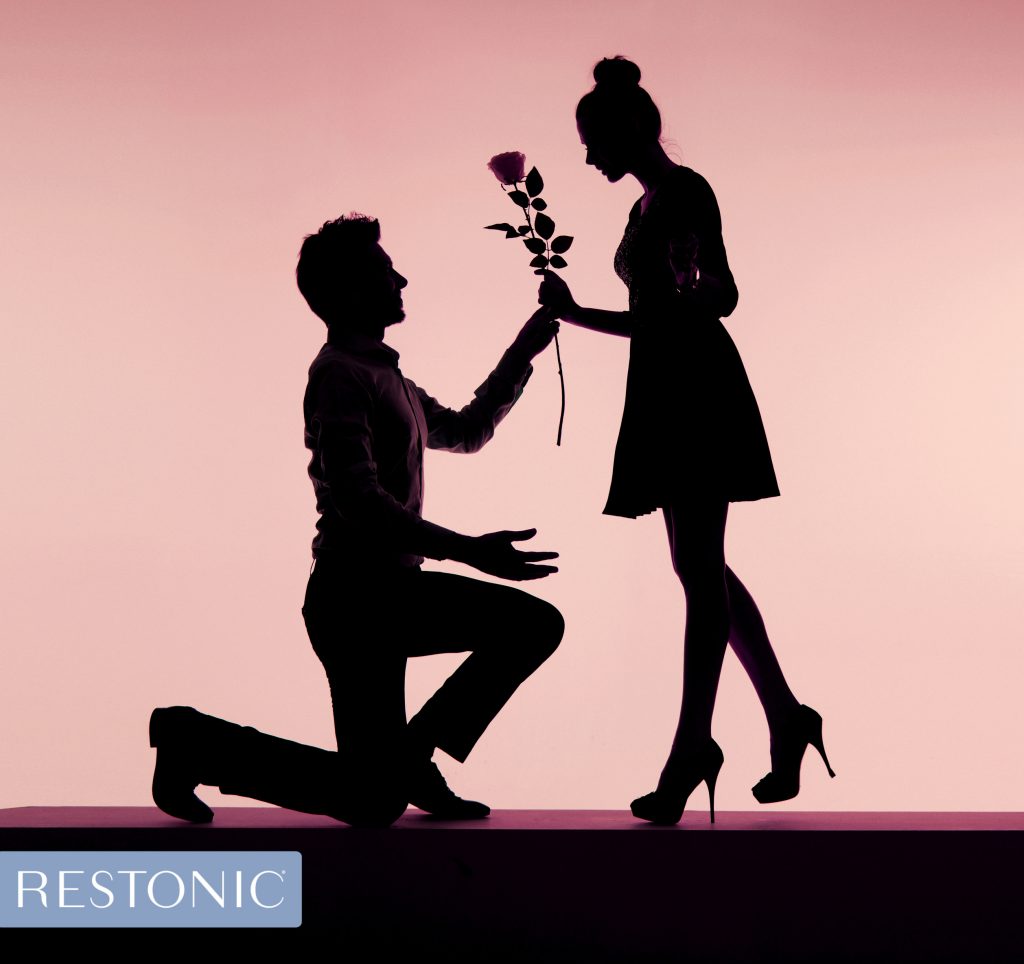 To sleep, perchance to dream….

When we were kids, the best days finished with a fairytale told by Mom or Dad while we snuggled deep into our beds. The prince always got the princess and they always lived happily ever after while we drifted off to sleep. But what about the famous lovers who didn’t defeat the dragons, who lost their chance at the crown or didn’t win the hand of their chosen princess?

While star-crossed lovers rarely make it to fairy tales, we think that a little sleep might have helped their cause. Think of all the tragic love stories throughout history that ended before the couple could enjoy a healthy night’s sleep together. Maybe that elusive happy ending was more about sleep than it was about defeating dragons…

Partners who sleep an inch or less apart are happier than those who sleep 30” apart with a no-touching nighttime rule, says a study from the Edinburgh International Science Festival. In fact, many similar studies suggest married people enjoy healthier sleep than single people. Experts think it’s because couples who sleep together stabilize each other’s sleep-wake routines. Don’t have a sleep partner? You can hire someone to help you out. Read more on WSJ.com.

The tragedy of missed cuddling

In honor of Valentine’s Day, let’s take a closer look at some of our favorite love stories. To help solve their age-old problems, we’ve paired each couple with a new mattress – a delayed wedding gift. If your relationship mirrors these couples, we suggest mattress shopping as soon as possible. Before Valentine’s Day. 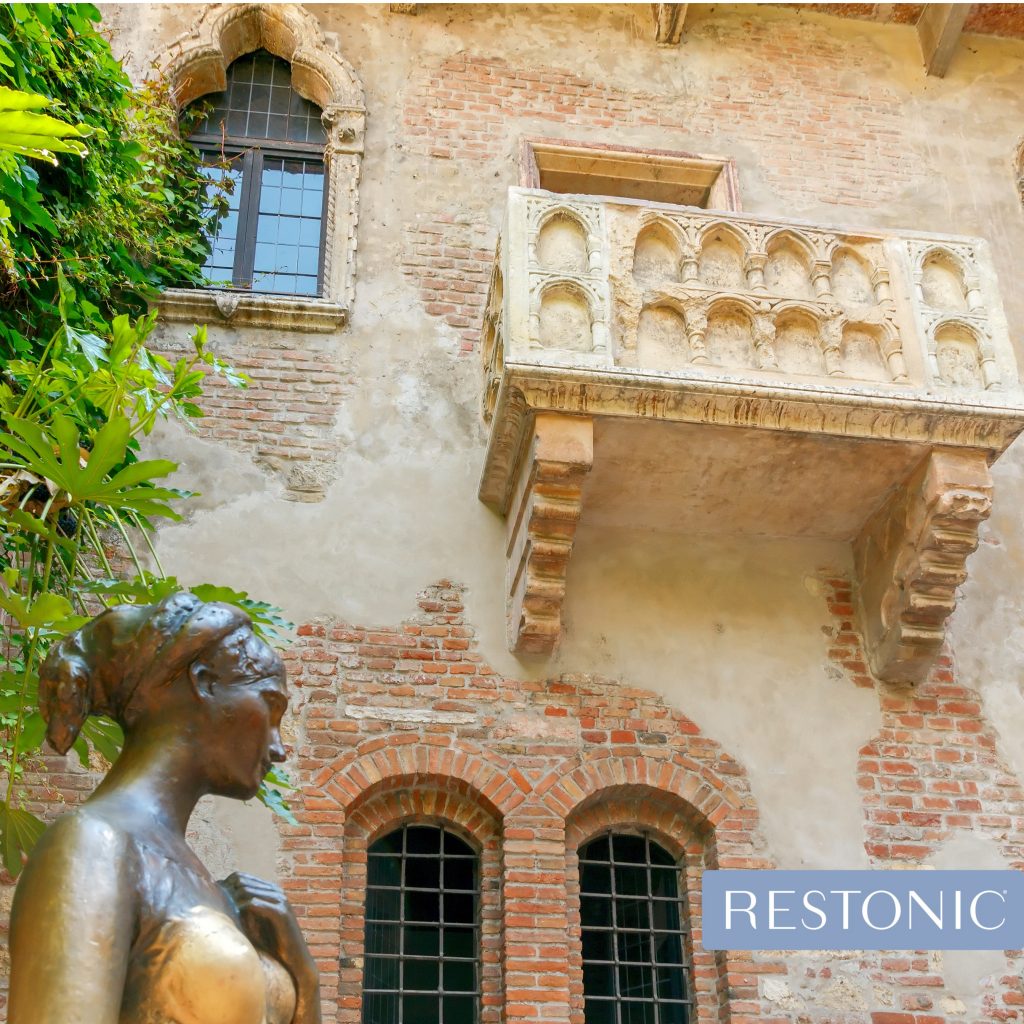 Romeo, a Motague, and Juliet, a Capulet, never stood a chance to share a good night’s sleep. Their story begins with feuding families and takes a tragic turn when Juliet’s plan to be appear dead (but in reality only sleeping from a powerful drug) fails. Romeo doesn’t receive the message that it’s just a scam. Thinking her dead, he kills himself.

Because they were teenagers, we think Restonic’s ComfortCare mattress would have been a good choice for them to begin their lives together. This hybrid mattress is a good starter sleep system, supportive, comfy and value-priced. Read more: ComfortCare Mattress. 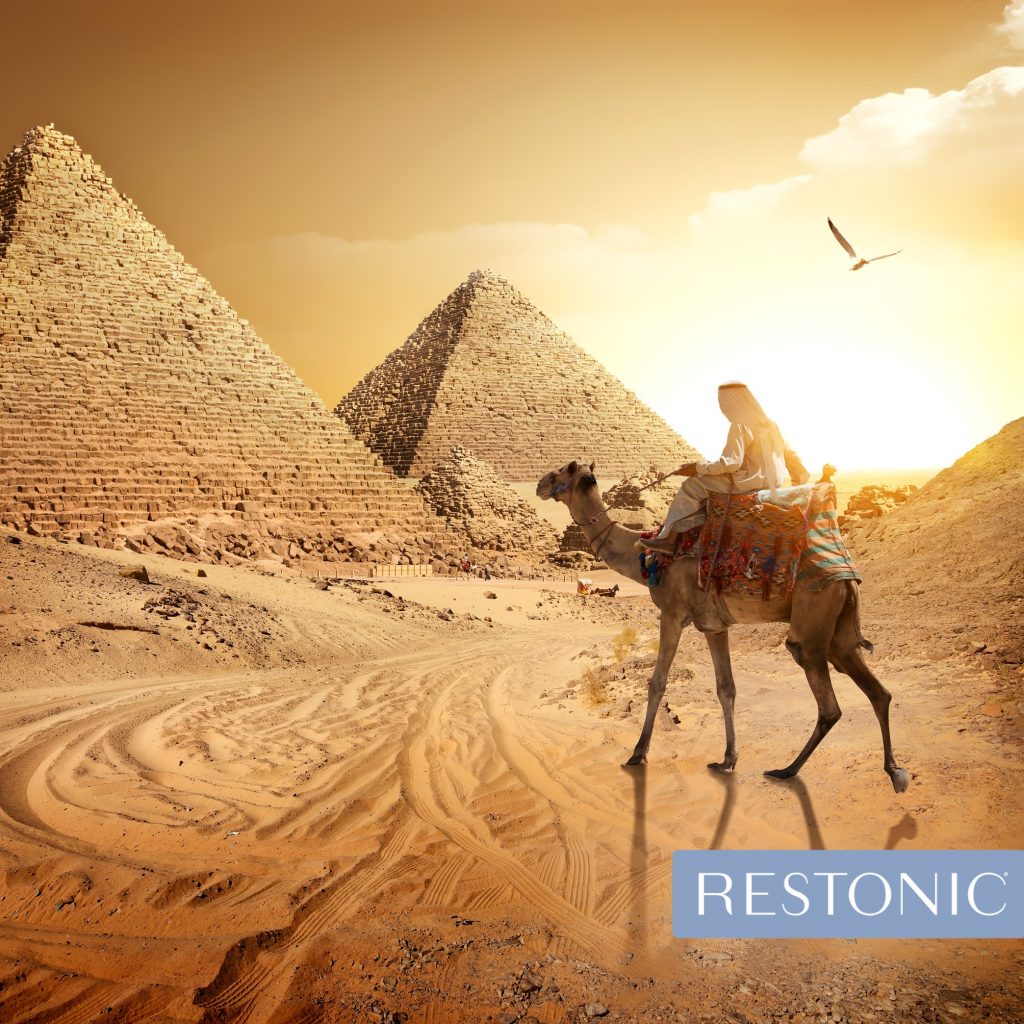 Romeo and Juliette had it easy compared to these lovers who had the entire Roman Empire standing between them. But despite all their obstacles to be together, Mark Anthony and Cleopatra do eventually marry. Sadly, Antony marches off to war shortly after their wedding and is delivered false news that his new wife was murdered. Like Romeo, he takes his life and Cleopatra follows shortly after.

My kingdom for a good night’s sleep should have been Antony’s battle cry. A few nights snuggled up to his sweetheart and he may have thought differently about leaving her, especially if they had been sleeping on a Biltmore Microcoil Mattress, a brand new addition to our award-winning mattresses. Beautiful, luxurious and a delicious combination of old world materials with new world technology. Read more: Biltmore Microcoil Mattress. 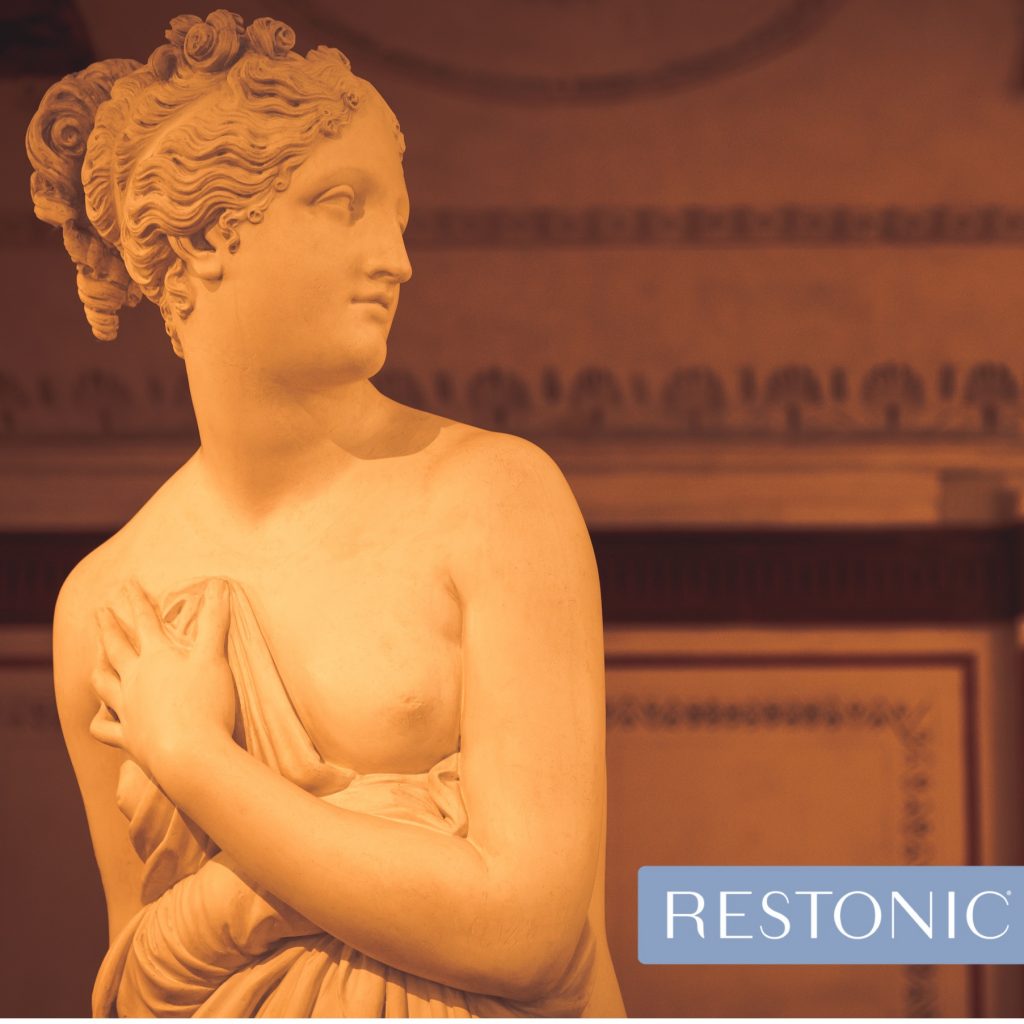 Tragically portrayed in Homer’s Iliad, the story of Helen of Troy and the Trojan War is the stuff of legends and no one knows for certain what’s fact and what’s fiction. Helen, married to King Menelaus, was considered Sparta’s most beautiful woman. Paris, son of King Priam of Troy, fell in love with Helen, abducted her and stole her back to Troy. Of course, Menelaus assembled an army to retrieve her, destroying Troy in the process. Paris was killed in battle and Helen returned to Sparta, where she lived the rest of her life Menelaus. 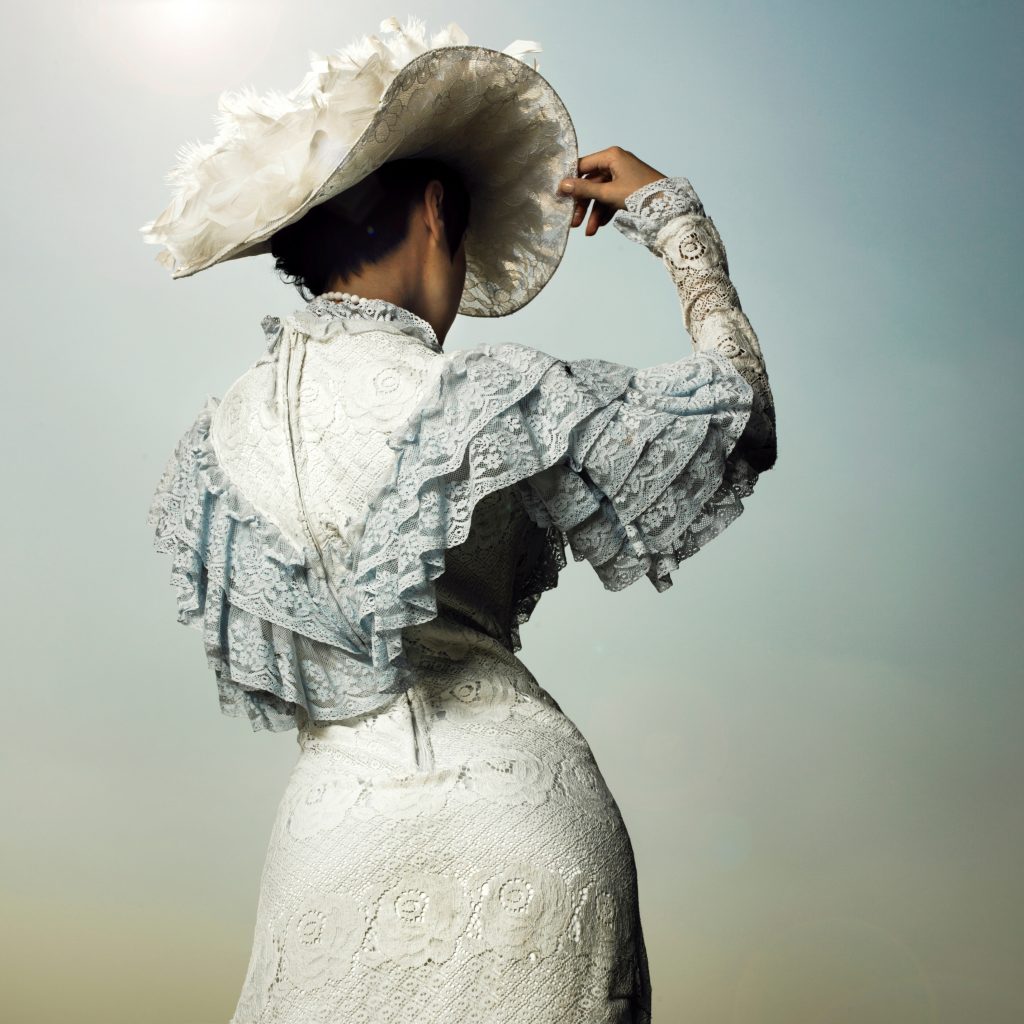 Gone with the Wind might have been fiction but their love story runs deep through American history. Scarlett O’Hara and Rhett Butler, a tempestuous, fickle southern belle and her beau, fall in love during the American Civil War. Scarlett flits between her many suitors while the war rages on and when she finally decides Rhett is her prince, he’s already moved on. She’s hopeful she can win him back and the novel ends with Scarlett proclaiming, “Tomorrow is another day.”

Scarlett and Rhett would have enjoyed Scott Living’s Latex Mattress. The reduced motion transfer (after their heated arguments) and patented marvelous middle would have given them a restful night’s sleep – before going at each other again in the morning. Read more: Scott Living Latex Mattress. 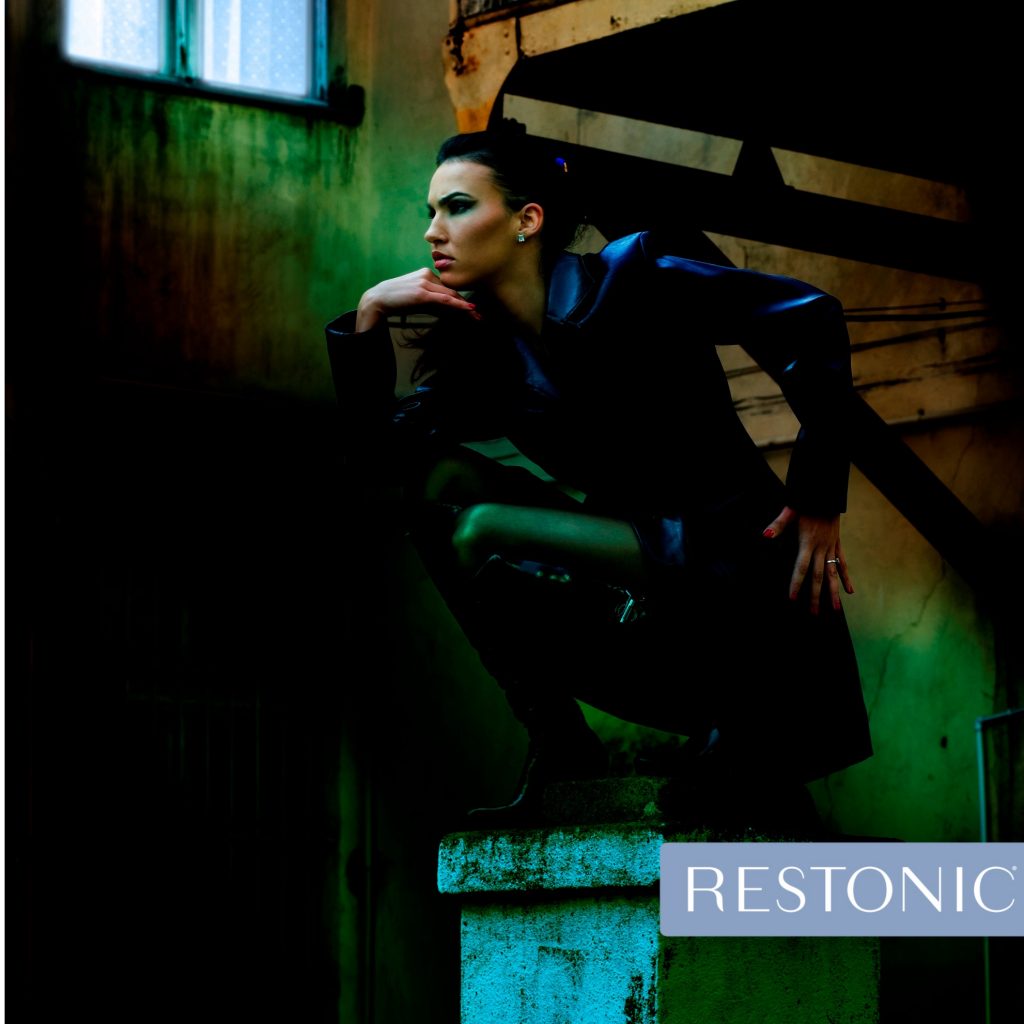 Fast-forward to the present day and we meet Bella, a human, and Edward, a vampire. See the problem? Vampires don’t sleep. To be together, Bella must die, which she does – but it’s not exactly the stuff of fairy tales. 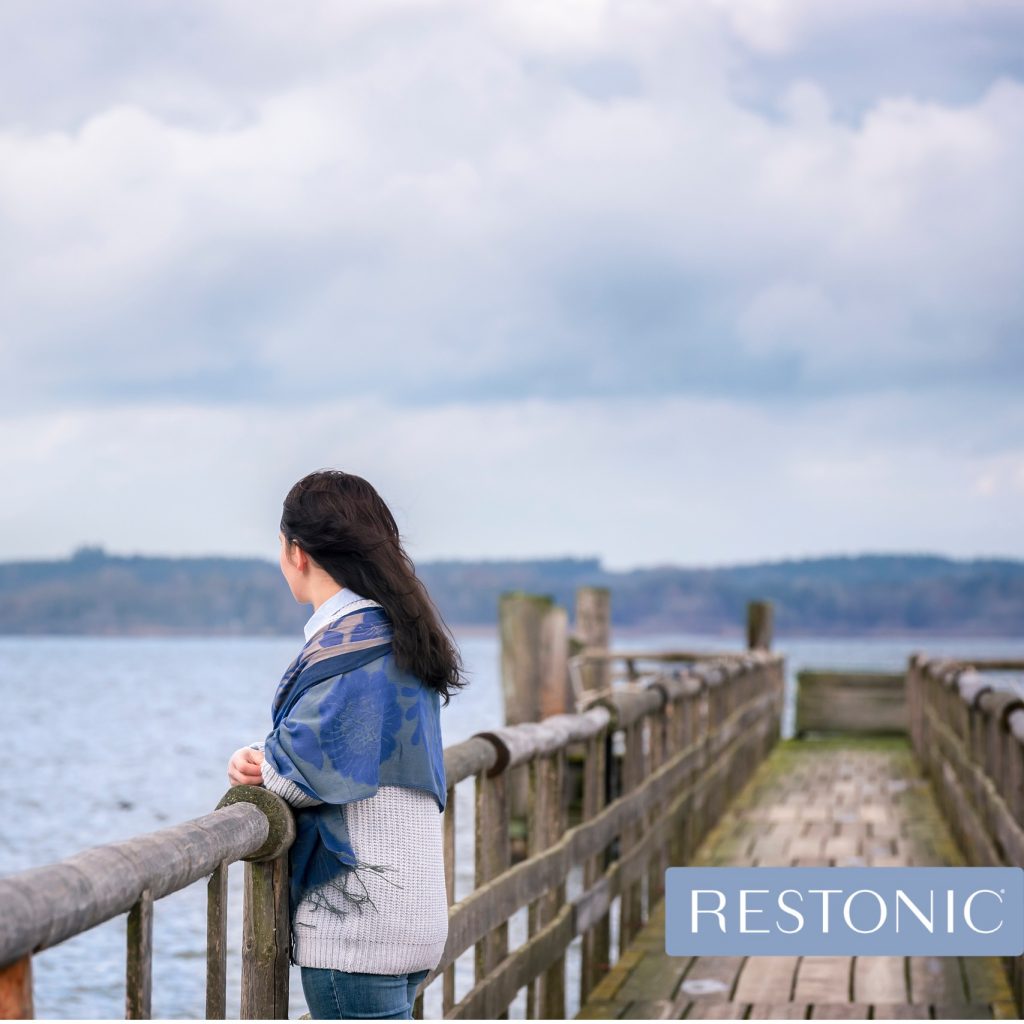 Henry has a rare disorder that causes him to involuntarily travel through time. Though he marries Clare, their relationship is in a continual state of chaos by his inadvertent time travel. Had these two been given the chance to sleep together more often, they may have found their happy ending.

We think Clare and Henry should have time-traveled their way through life together, sleeping on different mattresses as their moods changed. After all, if you can live wherever you want, in whatever time you want, why not set up a different bedroom everywhere you go. Scroll through our mattress library and see which one you would choose.