Snoring is no laughing matter! More than 22 million Americans have sleep apnea – are you one of them and what’s the risk? 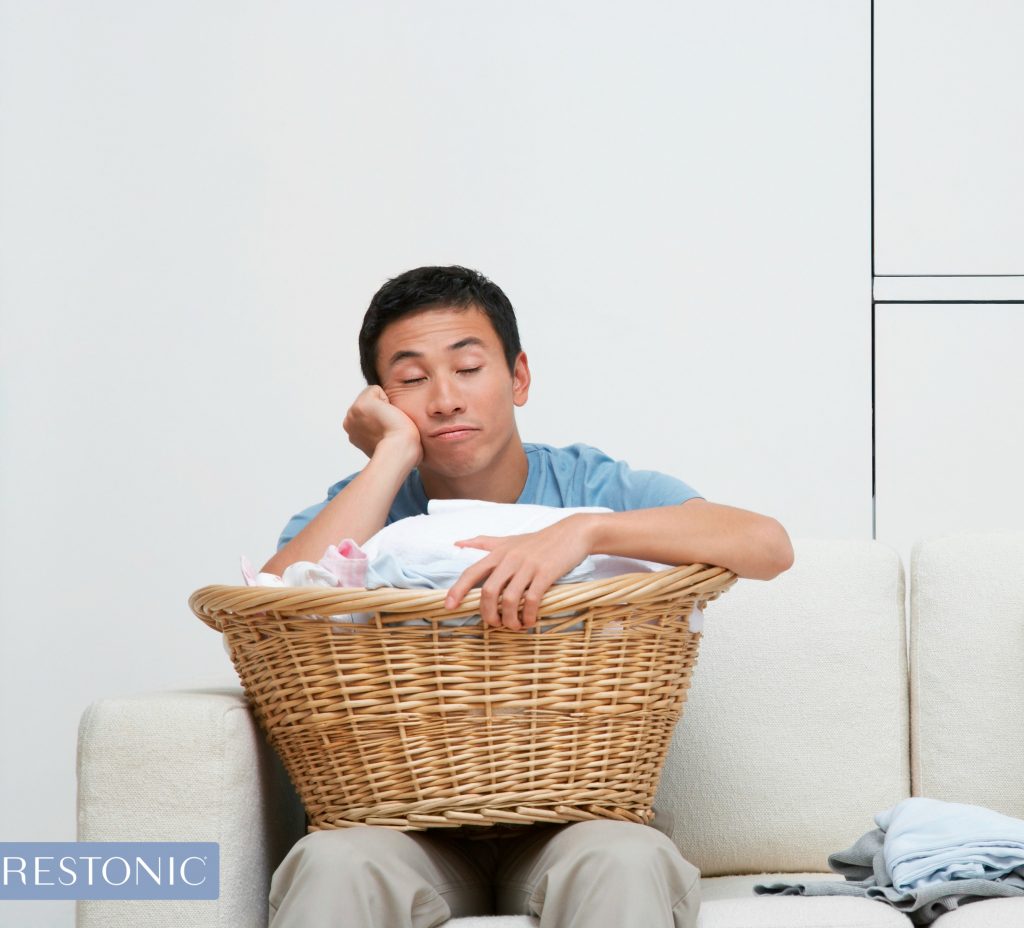 Snoring may lead to some comical situations and good-natured ribbing between bedmates and family members, but it may also be the calling card for a serious health condition with potentially life-threatening consequences. More than 22 million Americans have sleep apnea, with 80% suspected at moderate and severe obstructive sleep apnea undiagnosed.

At the very least, sleep apnea spoils your sleep through a series of mini moments of waking, resulting in groggy mornings. But it’s more complicated than a poor night’s sleep. Sleep apnea is linked to a wide range of health problems, from high blood pressure and cardiovascular issues to an increased rate of traffic accidents.

Some of the leading experts in sleep apnea say it’s time to get real about this significant health issue. It kills an estimated 38,000 Americans annually, including Star Wars leading lady Carrie Fisher. The coroner ruled that obstructive sleep apnea contributed to her death.

Here are the essentials of what you should know about this dangerous and under-treated condition.

What are some of the commons signs and symptoms of sleep apnea?

“Waking up frequently and gasping for air is one of the first signs you may have sleep apnea,” explains Dr. Richard Nass, clinical associate professor of otolaryngology – head and neck surgery at the New York University School of Medicine. “You may notice this yourself and/or your bedroom partner may be the one to notice it.”

Another common symptom of sleep apnea is daytime fatigue and the need to take naps during normal waking hours. Other symptoms include morning headaches, restless sleep, waking up frequently and seeming to hold your breath during sleep.

Are there less common signs of sleep apnea that we should know about?

The list of signs associated with obstructive sleep apnea, commonly referred to sleep apnea or OSA, is long and can vary widely for each person, but a few of the tell-tale signs, other than loud snoring, may include:

What types of sleep apnea are there?

The most common form is obstructive sleep apnea (OSA), which occurs when throat muscles relax. There’s also central sleep apnea (CSA) where the brain fails to send the proper signals to regulate breathing. A complex sleep apnea syndrome diagnosis comes when a patient has both OSA and CSA.

What are some common misconceptions about sleep apnea?

Why is it important to be tested for sleep apnea?

If you do have sleep apnea and it goes untreated, the results can be very dangerous. Sleep apnea can impair your ability to drive or work with machinery. According to Dr. Nass, it can have a negative impact on your efficiency at work and in your personal life. Ultimately it can lead to heart disease, stroke, diabetes, and seizures.

What are the long-term risks of non-treatment of sleep apnea?

“There are several serious health concerns associated with non-treatment and/or ineffective treatment of the disorder,” says Dr. Kent Smith, president of the American Sleep and Breathing Academy and founder of Sleep Dallas, a dental sleep medicine practice. “They may include an increased risk of high blood pressure, heart disease, diabetes, and stroke, just to name a few.”

Furthermore, the risk of being in a motor vehicle and workplace accident vastly increases in those with untreated sleep apnea, putting not just the inflicted at risk of injury or death, but also the public. 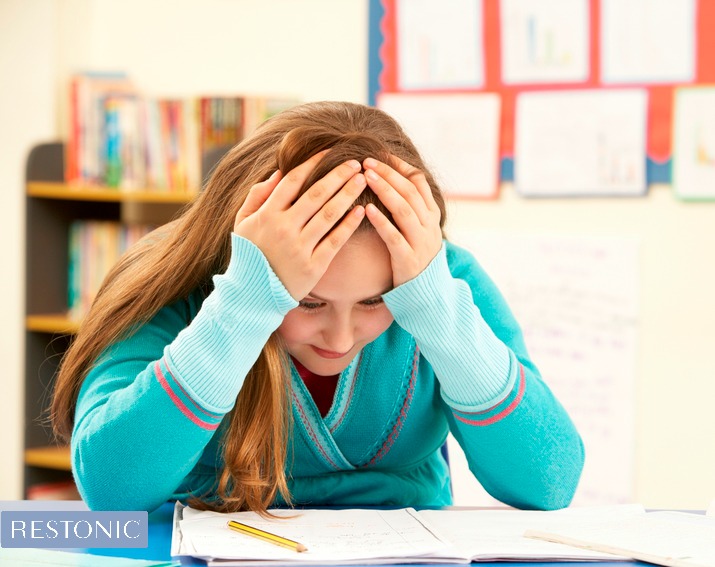 Who is most at risk of sleep apnea?

“Possibly the biggest misconception is that sleep apnea only inflicts overweight, mature males,” says Dr. Smith. While it is certainly true that sleep apnea is more commonly diagnosed in males and that obesity and age are both risk factors, it is increasingly common for women (and men) of all ages, as well as children, to be diagnosed with the disorder.

For women, their sleep apnea symptoms often vary from the “classic” ones that are commonly recognized in men. According to Dr. Smith, women are, for example, are less likely to be loud, persistent snorers. Instead, they may experience mood disturbances, depression, anxiety and/or restless leg syndrome as symptoms of sleep apnea.

In children with sleep apnea, symptoms such as attention issues, disruptive behaviors, hyperactivity, and communication issues, which are commonly associated with ADHD, are now being recognized as potential symptoms of sleep apnea.

What other factors indicate a high risk of sleep apnea?

It’s important to be aware of other indicators as well. According to Dr. Edward A. Alvarez, fellow, World Clinical Laser Institute and a member of the American Academy of Cosmetic Dentistry they might include:

Dr. Alvarez also says sleep apnea indicated by what he calls the “elbow test.” If your spouse is hitting you with their elbow at night because you wake them up with your snoring, that is the first sign that you should see a sleep doctor and get tested for sleep apnea.

Why is it important to be tested for sleep apnea?

All the experts quoted here agree that being tested for sleep apnea is crucial. This sleep disorder is associated with a host of serious medical conditions whose onset risk is increased by the presence of untreated sleep apnea. Effective treatment of the sleep apnea significantly lowers (or even eliminates) the risk of developing the condition’s associated comorbidities, as well as relieves its debilitating symptoms. 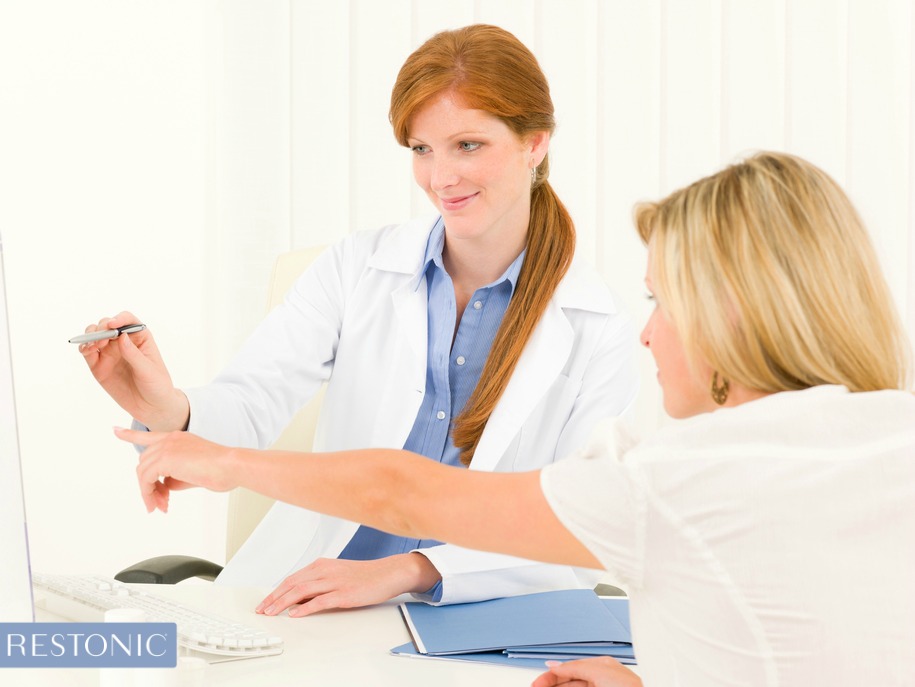 Testing for and diagnosis of sleep apnea is done using a sleep study performed by a licensed sleep specialist or physician. There are two types of sleep studies: a polysomnogram (PSG), which is performed during an overnight stay in a lab or with home sleep apnea testing (HSAT), which is less expensive, but also less accurate, and is performed at home using a portable monitor.

How is a sleep apnea diagnosis made?

The first step in the treatment of sleep apnea is diagnosis. If you suspect you may have the disorder your first step should be an appointment with your family doctor who will refer you to an otolaryngologist (an ear, nose, and throat specialist).

Diagnosis involves a complete head and neck exam to check for blocked airways. If airways are blocked, the exam will also reveal the severity of the blockages. Often, the doctor will also order a sleep study, which is done overnight either in your own home or at a sleep clinic. Your vital signs, heart function (EKG), blood oxygen levels, number and length of abnormal breathing episodes (hypopneas and apneas), snoring and abnormal leg movements will be monitored continuously while you sleep.

Once a diagnosis is conclusive and the severity of the problem and abnormalities are determined, a customized treatment plan is designed.

What are the treatment options for someone with sleep apnea?

Treatment may include weight loss, positioning during sleep, dental appliances, breathing machines (C-PAP or Continuous Positive Airway Pressure), or surgery. The type of treatment will depend entirely on the specific nature of your sleep apnea.

Is prescribing a C-PAP machine the preferred route?

It’s just one option, though a very common one. “It is basically a mask that forces air at a high enough pressure to keep obstructions open in your airway,” explains Dr. Alvarez.  “It looks like a fighter pilot’s mask and is considered the gold standard of sleep apnea treatment.

He says that other treatment options could also include:Weight loss. Simple, effective solution – but not always easy.

Is the C-PAP machine full proof for those with sleep apnea?

Unfortunately, many people cannot tolerate the mask at night and will not wear it. Dr. Ron Rosenthal, a Norfolk, VA-based dentist, instructor and specialist for treating headaches and migraines, says that 60% of those with a C-PAP machine can’t tolerate it. Some patients, “If they can’t use it, what good is it?” he says. “I found oral appliances were more effective than C-PAP in treatment of those with exquisitely-severe OSA.” That backed by some research comparing research on C-PAP versus oral (dental) appliances. Recently, they have been shown to be as effective as C-PAP in the treatment of mild to moderate OSA.

What’s the take-away message if you’re worried you might have sleep apnea?

Here’s what Dr. Alvarez says: “Sleep apnea is a very serious, under-diagnosed, and undertreated condition. As one of my instructors said, ‘If you snore, you probably have sleep apnea, and if you have sleep apnea, untreated, you will eventually have end organ failure.’ With proper identification and treatment, it is something that can be usually taken care of very easily.”

If you’re concerned you have sleep apnea, these resources can help you find a certified sleep specialist.

You may also find these posts helpful: