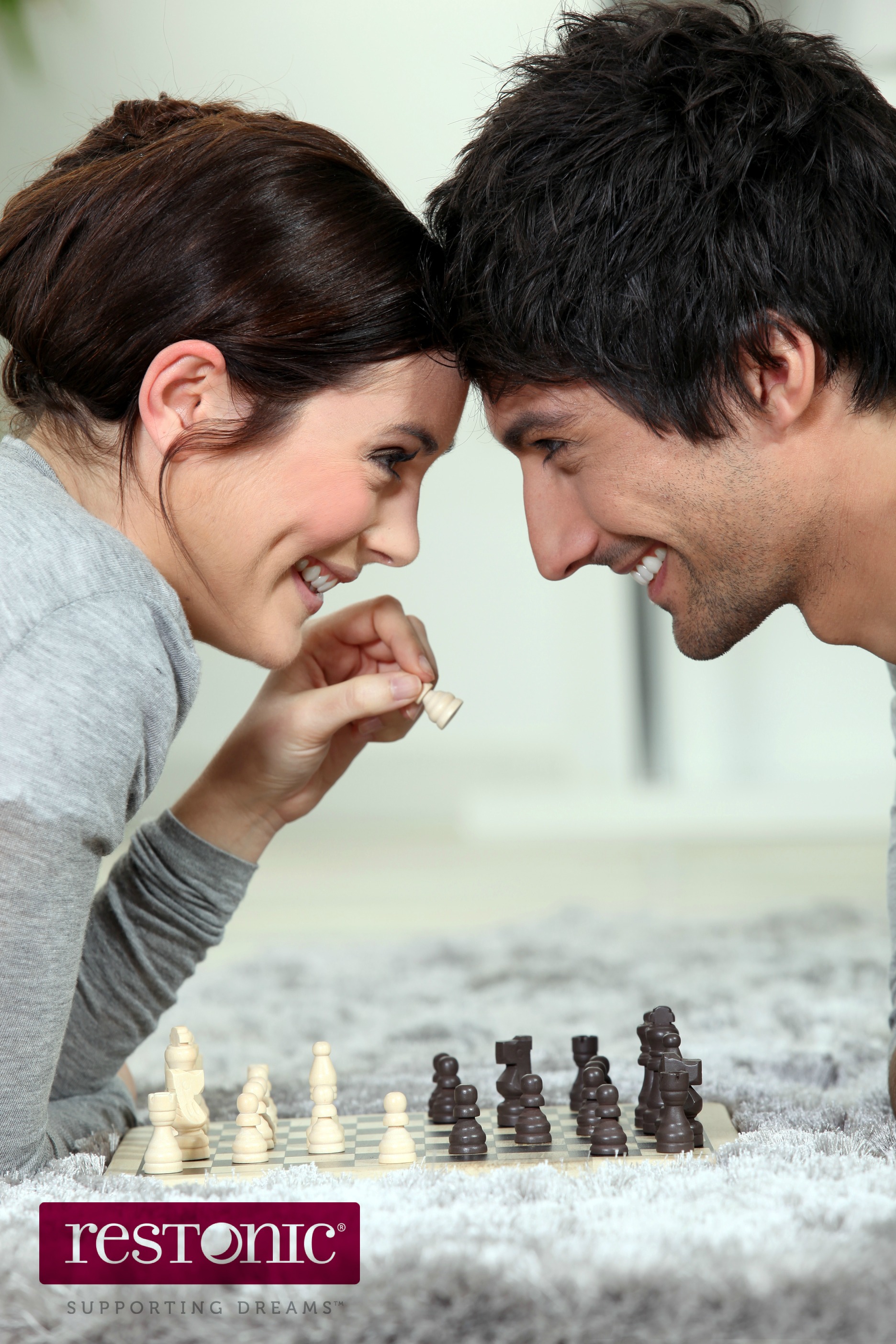 Earlier this spring, we asked you to participate in a national Sleep Survey to help us learn more about how sleep trends are changing. The results from more than 1,000 responses are in, and you won’t believe what we discovered! For starters, 38% of women report feeling like they don’t get enough sleep compared to only 20% of men.

That men and women are different isn’t news. But what might be surprising is the myriad of ways that their sleep behaviors vary from one another. Which sex manages to get rest despite a house full of kids? Who’s impacted by insomnia the most?

1. First, the most important question – who sleeps more – men or women?

Colin Lawlor, CEO of SleepsScore Labs, based in Carlsbad, Calif., has a good idea. His company has collected close to 2 million nights of sleep data. “What we’ve found is that men and women have different opinions regarding their quality of their sleep,” he says. “For instance, on average women sleep about 24 minutes longer than men. However, women tend to think they have more sleep issues than men – 77% of women versus 71% of men.”

Twice as many men than women snore. But don’t be too tough on the guys because they can’t help it. Blame their biology. The space behind the tongue is called the oropharynx. And a man’s is bigger. The tongue relaxes during sleep and can fall into that space, causing a breathing obstruction and snoring.

On a related note, though sleep apnea is more common with men. This serious sleep disorder jumps among women after the age of 50, while rates remain steady for the lads.

3. Who ate the leftovers?

Noctural sleep-related eating disorder (NS-RED) causes people to eat during the night while they appear asleep. Those with the condition cannot remember being in the kitchen and filling their bellies and they are more likely to be women (66%). It’s a kind of sleepwalking that may be caused by apnea and medications used to treat insomnia or depression.

4. Pass the remote. Who’s up more likely to be watching late-night TV?

According to the 2002 National Sleep Foundation poll, women are more likely than men to report insomnia – 63% said at least a few nights a week. With men, it was 54%.

Why can’t she sleep? Hormones are certainly a key factor, but pain – due to migraines, tension headaches, arthritis and heartburn – is another factor 1 in 4 women said. Just 48% of the male respondents cited nighttime pain as a factor for sleeplessness, compared to 58% among middle-aged women. 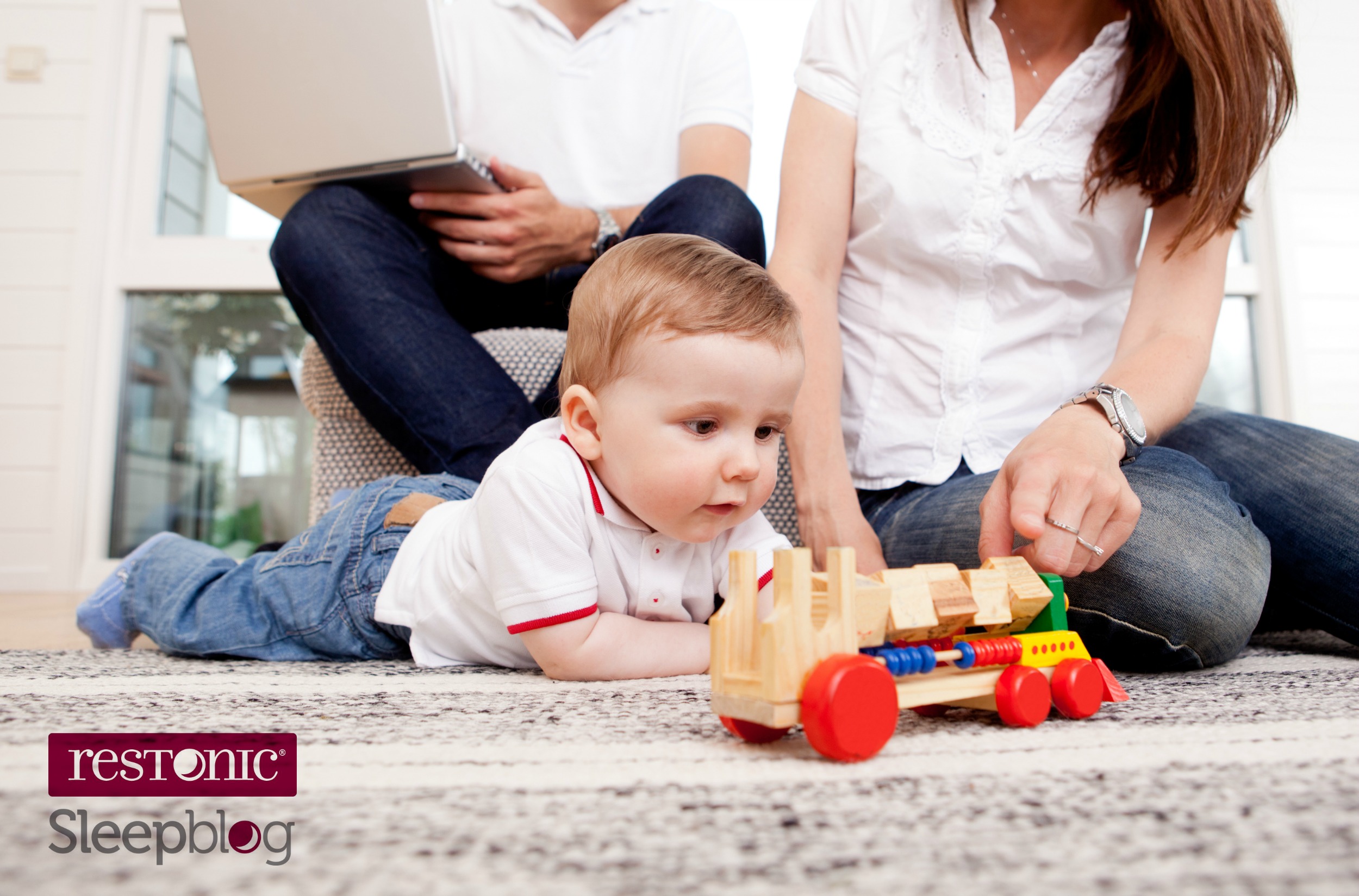 5. How does having children impact a man’s versus a woman’s sleep?

Children in the home impact the sexes sleep differently, according to Lawlor. For men, a family with 0 to 1 kid is ideal for sleep. For women, 2 to 3 kids are perfect for sleep. When you get to four or more kids, both parents have sleep problems. “Surprisingly, men sleep less when there are 4 kids in the household – women lose 25 minutes a night, while men lose 45 minutes,” he explains.

Findings from a 2017 study said otherwise. The American Academy of Neurology and Georgia State University determined women who live with children get less sleep than those who had none. Every mom in American knows that, right?

Moms with kids (ages 45 and younger) reported feeling tired 14 nights each month, while childless women said 11. For men, kids or no kids, their sleep was not impacted.

6. Who suffers most from lack of sleep?

Both sexes do, but not in the same ways. Research by scientists at Huazhong University of Science and Technology, Wuhan, China, looked at men who worked night shifts for 20 years. Data suggested a 27% increase in their risk of cancer.

For those couples looking to start or grow their family, poor sleep might derail those plans. Getting too much or too little sleep decrease a male partner’s chance of pregnancy by as much as 42%, according to data from the American Society for Reproductive Medicine. Guys should get eight hours per night to boost fertility.

Getting less than eight hours of sleep elevated women’s risk for heart problems. Research has showed higher levels of C-reactive protein, a predictor of future cardiovascular death. Men were affected, too, but at a significantly lower rate.

But when it comes to which sex functions better with a shortage of rest, the nod goes to the ladies, according to a study by the American Academy of Sleep Medicine.

We may not be able to solve the gender inequality when it comes to sleep, but we can help one lucky reader get a better night’s sleep – with a free Brio mattress! Follow the instructions below and enter our contest!