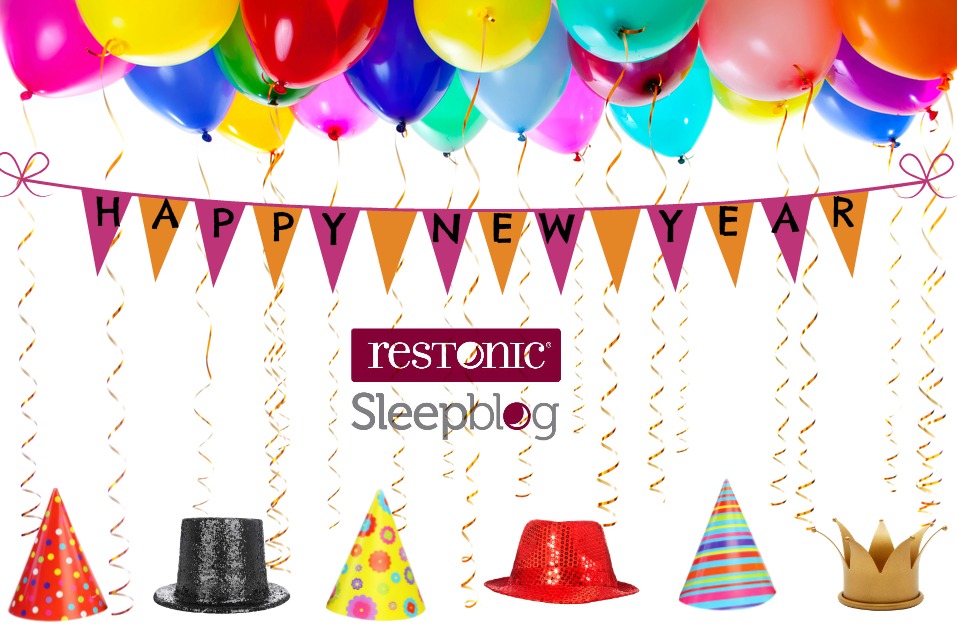 As we grooved through 2015 with the help of Uptown Funk, we celebrated (or booed) this year’s sports winners: New England Patriots, Chicago Blackhawks, Golden State Warriors and the Kansas City Royals.

As Adele had us belting out “Hello from the Other Side,” Star Wars brought us back to the Dark Side. Although 2015 year is almost over, let’s take a peek at how the year shaped up in the world of sleep.

We started off the new year with tackling the subject of sleeping with our best friends – pets. According to the National Pet Owners Survey, 45% of dogs and 62% of cats, sleep in their owners’ beds, which means if you allow your pet to sleep with you, you’re not alone. But can that cuddling with Fido every night be affecting your sleep and health?

We celebrated Valentine’s Day in style with 10 ways to celebrate in bed. And while they’re all G-rated, we believe you’ll want to lock the bedroom door and celebrate. Just the two of you… 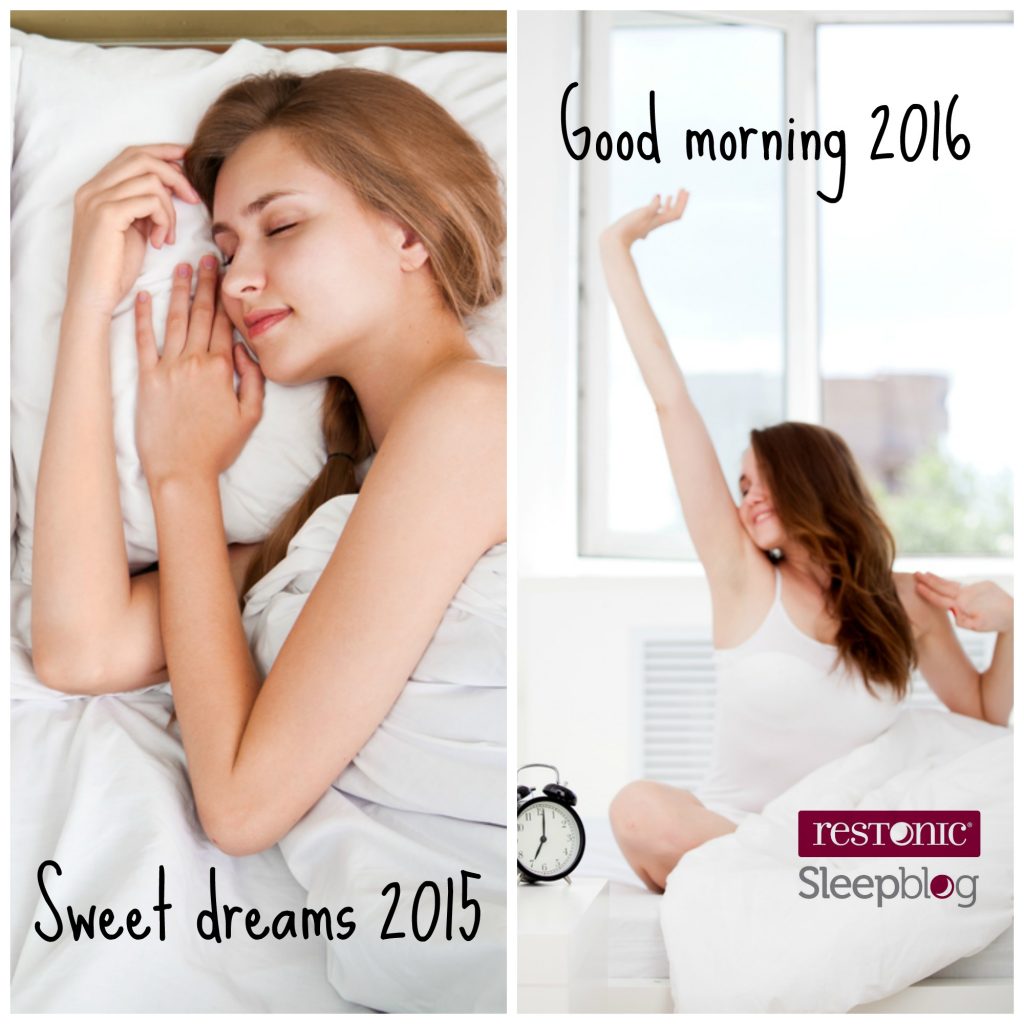 The Forbes Billionaires List came out this month. Richard Branson was on it. We weren’t. Just in case you think you need to sacrifice sleep to get on this list, Richard says that’s just plain silly.
“Sleep is incredibly valuable for a busy life, and I try to get it whenever and wherever I can – especially when I’m flying. But founding a business comes with a lot of responsibility, and one of the most important things I can be is accessible. Getting up and at it early gives me time to get on top of things, and chart my day effectively.”

The business world focused on sharing tips for a good night’s sleep while media outlets handed out tips on how to buy the mattress of your dreams. Kendall Jenner, the reality television star from Keeping up with Kardashians, said, “My beauty secret is just getting a good amount of sleep. I feel like I at least need about seven hours, eight hours of sleep to function.” See, all you need to be beautiful, successful and filthy rich is a good night’s sleep…

Restonic was honored to be featured on a wide variety of blogs in the month of May. Here’s what some of our favorite sleep supporters had to say:

We gathered 8 TED talks about sleep that will stretch your mind and force you to look at sleep differently. These videos are short, smart and will give you something to consider the next time you think it’s okay to skimp on your sleep. 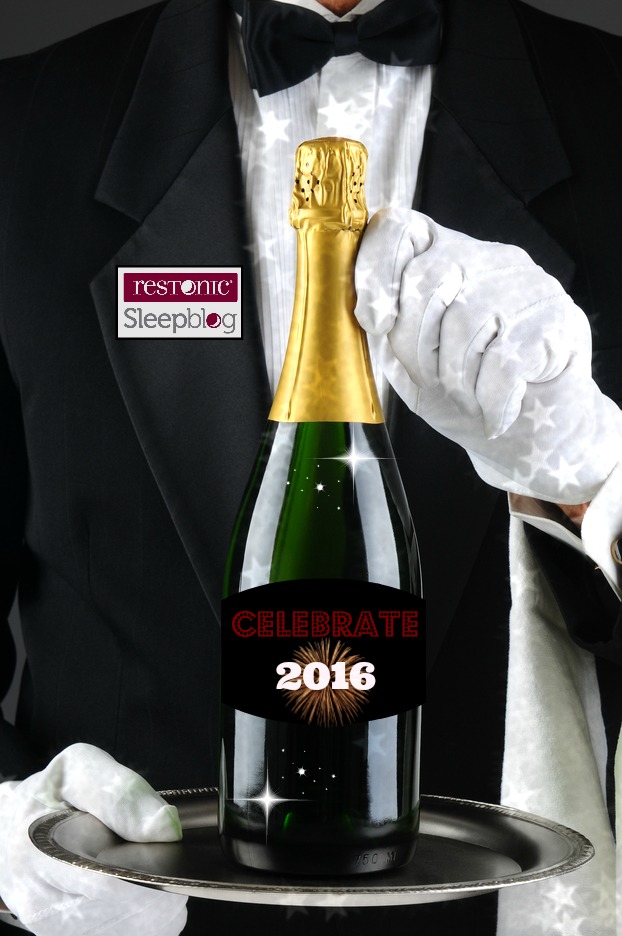 Can’t remember what you did this past July? Perhaps you need more sleep. According to research from the University of Exeter and the Basque Centre for Cognition, Brain and Language, sleeping not only protects memories from being forgotten, it also makes them easier to access. The findings suggest that after sleep we are more likely to recall facts which we could not remember while still awake. Read more: ScienceDaily.com.

With age comes wisdom and when it comes to sleep, the older we get the smarter we get about our nighttime habits. New research on the correlation between age and sleep suggests our older community sleep less, but enjoy better quality sleep, and feel more awake during the day. Researchers from the University of Lausanne, Switzerland, published their findings in the Annals of Medicine journal.

A study presented on September 11, at a British Psychological Society conference in Manchester, linked depression, anxiety and reduced sleep quality for teenagers and suggested the need to be constantly available and respond 24/7 on social media accounts is to blame.

Researchers at the University of Glasgow explained: “Adolescence can be a period of increased vulnerability for the onset of depression and anxiety, and poor sleep quality may contribute to this. Evidence is increasingly supporting a link between social media use and wellbeing, particularly during adolescence.

What’s scarier during the Halloween month than seeing what looks like a zombie? A sleepwalking Colorado woman told police she had no memory of how she got 9 miles from her Denver, Colo., home, when she was found in her pajamas and with no shoes. Taylor Gammel, 19, was missing for hours one October morning before she was found or rather “woke up” miles from her home.

Navy SEALs may be some of the toughest people on the planet, but even an elite soldier doesn’t do well without sleep. Stew Smith, a former Navy SEAL, said he survived for three days on no sleep before the hallucinations started to set in. Smith recalls mistaking an airplane for a flying horse and perceiving a bridge as a giant Pez dispenser. According to ABC News, when people become sleep deprived, they experience cognitive slowing, impulsiveness, moodiness, a diminished immune system, and an accumulation of waste products in the brain and body.

You may not have noticed, but most mammals need twice as many hours of shuteye each night as you do. That’s what researchers from Duke University discovered after examining the sleep patterns of hundreds of mammals, including 21 primate species. For humans, quality over quantity is our evolutionary sleep hack.

We woke up to appreciate the significance of a good night’s sleep this year, so the Huffington Post collected 8 fascinating things we learned about sleep in 2015.

As we look back it’s also time to look forward to a fresh start in 2016. Watch the videos below for a little 2015 flashback to reminisce before we put 2015 in the rearview mirror, make our resolutions and start 2016 with a bang! We can’t wait to see what’s ahead and hope better sleep is a part of your new year.